The travel shelf: places I’ve been, places I almost visited and places I’d like to go.

My very first trip out of the country was in 1999 and I spent 4 months backpacking, starting with a christian music festival in the US, and continuing to the UK and Europe. On that first trip, I met many people I’d previously only known online via usenet, through groups such as rec.music.christian, alt.fan.pratchett and alt.fan.wednesday – including Wednesday herself. I remember my Lonely Planet for “Western Europe” had a misprint on the spine and was spelt “Westen Europe”. I regret not keeping it. To reduce weight, I ripped out the sections I wasn’t using and ultimately tossed the whole, broken mass before heading home. Anything to reduce weight. Ultimately I returned from that trip having bought too many books, too many clothes and over 50 CDs. 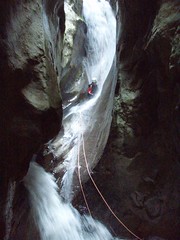 A year later I returned to Europe for a 5 week trip with friends. I’ve made it to Greece 3 times, Italy a few times, a wonderful trip to China. With a mix of earlier jobs and regular travel, I think I managed to make it to London 5 years in a row, with good memories of Scotland and Ireland; Central Europe and particularly Prague, and of course France.

Nor can I forget travelling with dad and my sister around France and Belgium. I recall in Bordeaux, we bought a very nice red on a winery tour and decided to picnic in a park back in town. We went to the supermarket to buy some cheeses and glasses and dad wanted to buy plastic glasses, however I insisted on glass glasses. A good wine tastes much better out of glass I reckon.

To my shame, I didn’t make it to New Zealand until my job at the time required me to do so. Consequently, mostly for work, I went back a couple of times a year over several years and attached holidays here and there. I fell in love with the place and was in the midst of planning a move to Wellington when the job at the State Library of NSW popped up. 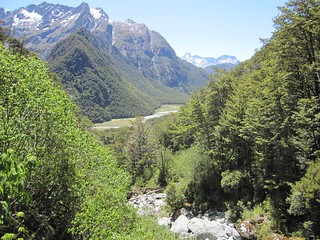 Iceland: I still haven’t made it. I had plans to go several years ago, on two separate occasions. No luck so far. I’ve been to all States and Territories of Australia but still haven’t made it to Tasmania. I’ve been to Canada and had good times in Toronto. Two of my trips to Greece were to attend international rendezvous for canyoning, both times were amazing, once to Crete and once near Lamia in Northern Greece. My last trip to New Zealand was mix of work (attending LIANZA) and a 3 day hike on the Routeburn track. My last big trip was two years ago, when I spent a month travelling through Borneo with a mate. Antarctica remains a desire, as does a return to Scotland. One day, I would love to hike The Pennine Way in the UK..all 18 days or so of it.

I’d better stop there, I could ramble forever about travel :-)