After yesterday’s 2005 post, I’ve been revisiting some of my old posts from the era. I didn’t use a blogging platform in those days and only started to when I moved to wordpress in 2007. The site started out as a single page template that I grabbed from a template site. Over time, I modified it substantially, moved columns, and eventually achieved a separation of style and content. I learnt stuff around html, css, and even a little xml. The rss feed was painfully handcoded for each post in xml. No easy generation, no scripts; just chunks of reusable code. Even that site was a relocation of an older site that was little more than a basic weblog with occasional commentary. 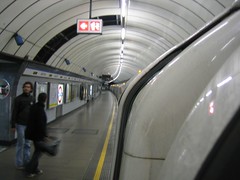 The handcoded version lasted from 2002 to 2007 which brings me to this post from April 2004 ie just over 10 years ago.  It was all about the old interview question of where do you see yourself in 5 years time? My answer at the time talked about how much my life had varied over the years and ultimately concluded

Grab opportunities when they arise but I’ll be buggered if I can think beyond that.

10 years later and that still rings true for me. Not long after that post I ended up in a place I never expected to be: working on vendor-side for a digital content provider. Spent 7 years there and had lots of fun, one of the best jobs I’ve ever had. I was one of those librarians who thought vendorland was the dark side and to be avoided at all costs. I no longer think that. 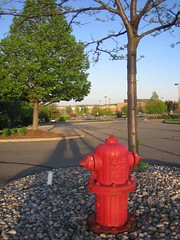 These days, I’m on library-side once more, working at the State Library of NSW again. I wouldn’t have predicted 5 years ago that I’d be at SLNSW, and I certainly couldn’t have predicted working for a vendor at all. I’ve recently had to re-apply for an updated version of my position and was successful. Oddly, this was something of an affirming result. I’m still doing mostly the same sort of job, though there’s room for it to broaden in interesting directions. I have a bit of a sense I had when I initially got the position two years ago, that there were interesting things to be done, and new ways to go.

I still have no idea where I’ll be in 5 years time. As I said 10 years ago, I hope I’m still grabbing interesting opportunities as they arise.