Last November, I played around with some coding stuff and wrote a few perl programs from scratch. That was a successful experience and I was able to modify the programs further to take CSV files from proxy logs, and run some simple regular expressions, to produce monthly reports on usage by a dozen or so user centres. It outputs the data to a screen and I grab the numbers and update another spreadsheet.

I read this article on Library tech pipeline issues today and it addressed a range of things, but two points in particular or rather two approaches to the one thing: how to develop useful coding skills in libraries. The usual answer has been to either do it in your spare time, or go elsewhere eg work for an IT company for a while. The article covers the various issues around the availability and utility of “spare time”. 20 years ago when I was studying computer science, I had oodles of spare time. Afterall I was a single, white male with no kids. Staying up half the night, or all weekend was fine. I learnt lots, did lots, and played lots. These days I’m still a white male but with responsibilities and “spare time” is a very different beast. 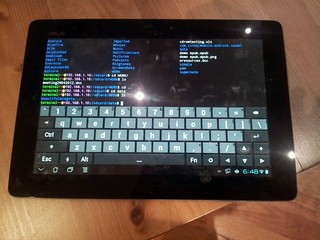 That coding I did in November, I managed to do at work and it was useful for providing ongoing statistics around remote usage. A question came up this week as to whether I could use the same data to provide some other stats. I went back to the code, made a couple of changes to definitions and it worked on the second attempt. As is ever the case in programming, typos are my enemy :-)

But I’m still not doing much coding and I’m a little rusty on the coding I did last November. It was at least easier to get back into it, having done it once. In that general statistics thang last year, I saw a problem and I was able to use it as a springboard to learn some code. The hard bit for me is finding stuff to make that more regular so that I can keep learning and keep practicing. Finding time is also a problem but that’s another sort of problem.