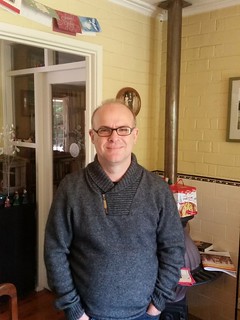 I think that’s how I normally start my annual attempt at blogging throughout the month of June. It’s rare for me to make it through all of June blogging every day. My #blogjune stats so far:

My non June blogging continues to be erratic and infrequent. For a while there it was rapidly approaching quarterly. I was recently revisiting one of my old, old blogs and trying to get a sense of how I managed to post so much. All I can say is that it was a different time: perhaps I had more time and some of it was in that sense of moving from an annotated bunch of links to informal bits and pieces to occasional thought out pieces.

I have managed to increase the tempo a little of late, writing 3 posts in April; leaping to 7 in May. In fact as June drew closer I was unsure whether to continue blogging in May in order to maintain momentum or start saving stuff for June in case I run out of puff. I was in the right sort of mood last night so I sat and wrote 3 posts and they’re ready to go. June is filmfest month which will provide some useful fodder. Books, I can always blog about books.

The two challenges for me, as always, are lasting to the end of June and continuing on after.

2 thoughts on “#blogjune is still going”