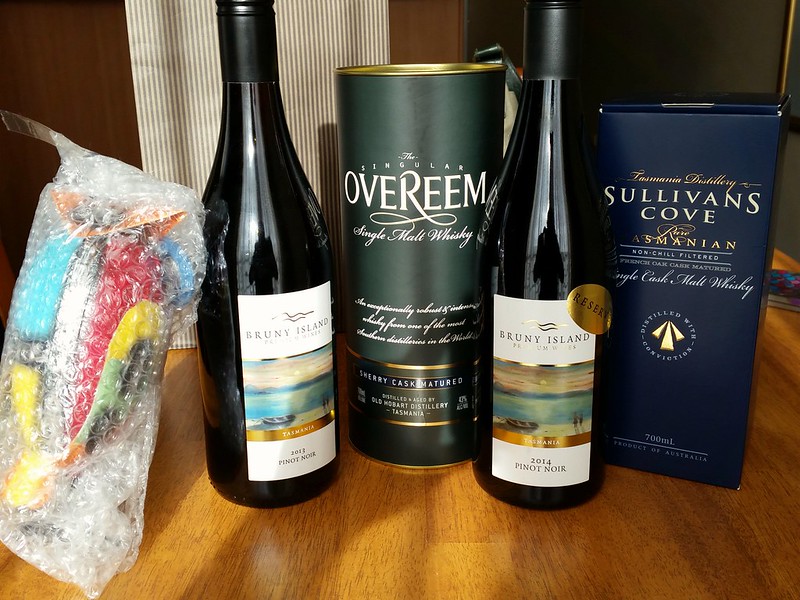 A few weeks ago we popped down to Tassie for a long weekend and amongst other things we, or mostly I, tasted quite a few whiskies and spent evenings in the Nant bar and the Lark bar. We actually visited the Lark bar a couple of times as it had a really good atmosphere and had many Tassie whiskies available as well as Lark, whereas Nant only had Nant from Tassie plus a good range of international whiskies.

We also did a gourmet food tour of Bruny Island including cheese and whisky. The final stop was the House of Whisky and the included tasting was Nant however there was plenty of time so I was able to do a flight of four tastings including:

The Sullivan’s Cove was definitely my favourite, however the Overeem was a close second. Alas, or luckily, the Sullivan’s Cove was not available for sale as it’s really expensive these days. The guy did however give me the empty box as they had about 20 empty boxes out the back. I don’t recall being particularly fond of the Trapper’s but really liked the Mackay’s.