I have a sneaking suspicion that I have turned into a serious, albeit amateur, book collector; certainly I abide by the key rule of collecting: buy what you like. Some of the things I like have ended up being worth quite a bit and occasionally I pause and wish I’d bought doubles. That way lies danger and madness. I continue to buy pretty versions of things I want to read or re-read so that I can read them in a nice edition. I am on the mailing list of several independent presses within my area of interest: SF and Fantasy.

This week I have added another press to my list, Grim Oak, as I’ve decided afterall that I do indeed want nice editions of the The Sword of Shannara series by Terry Brooks, of which they’re publishing the initial trilogy. I had considered it last year but decided against as the first had already sold out. Last year was also the 40th anniversary of publication of the first book. I’ve recently watched season 1 of the TV series (based on Book 2) and while not blown away, was keen to re-read the originals. So I’ve found the first one on Abebooks though it was a wee bit eccy (US$325) and have purchased books 2 & 3 (preorder) direct from the publisher at regular pricing (US$100 each). I contacted the publisher directly to see if I could get 2 & 3 with matching numbers to the first. They were happy to oblige and I’ve had a nice chat via email with their Associate Publisher.

That’s one of the things I like with small presses, that sense of personal engagement. Another I deal with is Subterranean Press and I’d recently missed an announcement for their next installment of Corey’s Expanse series. I emailed the main guy directly and he was able to put aside a copy for me with the matching number of the titles I had already. I’ve lost count of how many books I’ve bought from Subterranean over the years but a rough estimate puts it over 30, possibly 40, titles. I’m also collecting the Malazan series (10 books) from Subterranean, and they’ve just announced preorders for the 8th book. Even though the limited set is not yet finished, their resale value is already a few times the purchase cost and the first alone has jumped to around US$2,000 (original purchase price of US$160).

The Grim Oak edition of The Sword of Shannara should arrive in a couple of weeks and I’m looking forward to re-reading it as soon as I have it. Book 2 (Elfstones of Shannara) is due in a few weeks and the third book (Wishsong of Shannara) mid-year. 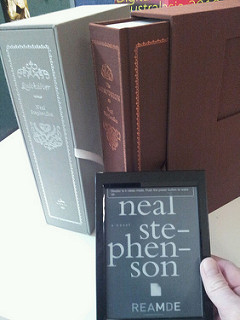 Value is a curious thing and it’s interesting to watch how much some titles sell out and increase in value while others languish. The Malazan titles for example by Subterranean Press, are a wee bit out of control, and I recall seeing a set (incomplete as only the first 7 of 10 have been published in these editions) of the lettered editions on ebay for a five figure amount whereas sets of the numbered editions seem to be in the mid four figures. Whereas I can easily buy the Subterranean editions of Greg Egan‘s shorter fiction and a new one is up for preorder. Egan is an Australian writer of hard SF.

The Centipede’s Press edition of Ender’s Game by Orson Scott Card sold out quickly and has a scary range of secondhand pricing: US$800 to US$2,200 whereas I bought it direct from Centipede for US$275. I missed out on Centipede’s edition of Logan’s Run and it’s now available for a range of US$200 to US$300 which is not bad but I don’t have the personal keenness for that title. On the other hand, I had the opportunity to buy their edition of The Delicate Dependency (vampire novel) but decided to read it first. Now I want it but it’s sold out and hard to find with the occasional copy turning up for US$275 or so, again more than I want to pay for that one. 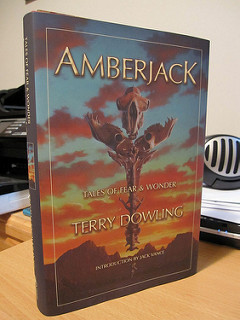 Other publishers that I may or may not dally with include:

In terms of buying sold out titles, I tend to use abebooks and bypass ebay though I have used the latter once or twice. I sorta like using book specific resources and non auction sites at that. Ebay often has an option to buy immediately but it’s more of a general store than a bookstore. The main time I used ebay was to buy a particular numbered edition of the first of the Malazan series.